Giovanni Battista Sammartini (Milan, 1700/01 – 1775) is cited nowadays in music history textbooks as “the father of symphony”, nonetheless he is almost totally forgotten, while in reality he was a first rate composer.

So what was the reason that the name of Sammartini has been forgotten and his music is still laying neglected today? There are some objective obstacles: the problem with Sammarini is the same as with other coeval composers, that is the difficulty in gathering the sources  for his music: because of the political fragmentation of Italy in the 1700s, Sammartini’s manuscripts were scattered in an extremely irregular manner throughout the territory of Europe.

[“] An authentic rediscovery of Giovanni Battista Sammartini will be possible only if we are able to combine an artistic research of his music by the performers with historical research by musicologists in order to make the largest number of his compositions available. [“]

With the Sammartini Project, Fondazione Arcadia  has taken on this complex and challenging aim.

The year 2001, in which the Fondazione Arcadia became operational, was marked by the third centenary of the birth of the composer. The City of Milan decided to dedicate to this author the initiative G. B. Sammartini e la Milano del suo tempo.* Since then, Sammartini has been  present in Fondazione Arcadia’s concert programming every year.

*(G.B. Sammartini and the Milan of his times)

As time went by, the Sammartini Project has developed into an articulated initiative that includes thematic cataloging, publication, recordings and concert programming,  actively moving both on the front of research and publication and on that of performance. 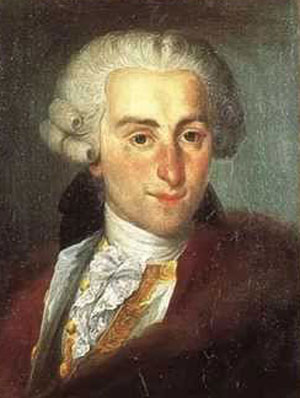