“A sweet season”: the twilight of venetian madrigal 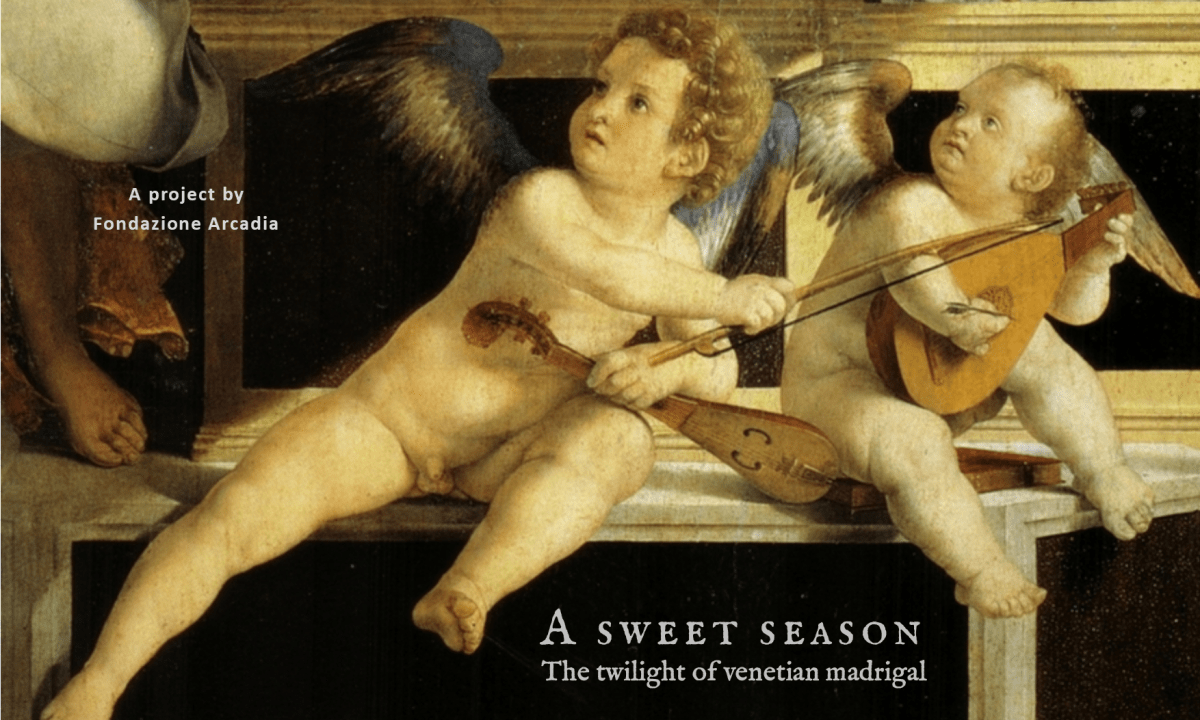 The Sweet Season, the twilight of the Venetian Madrigal

A journey through the Venetian madrigal, from Grandi to Monteverdi.

In the 1590s the madrigal went through some important changes. The new so-called seconda pratica, a polyphonic style where the old counterpoint was interpreted in a freer way, was the result of such transformation. Composers aimed to stick to the affects of the lyrics and to deliver the latter in a more direct way. The madrigale concertato, a new vocal form involving one or more instruments, with its new sonic contrasts, was therefore born.

Venice had a lead role in the development of this new genre. It was not only the city where most of the music printers of the day resided, but was also the place where the great masters lived. Chief among all was Claudio Monteverdi, who was music director at St. Mark’s from 1613 on. Venetian composers bent the madrigal to their musical caprices: solo madrigals, madrigals for two equal voices, and several other combinations became all possible. A. Grandi ushered in a new cantata-like style and Monteverdi turned some his madrigals into almost theatre pieces, like the Combattimento di Tancredi e Clorinda from his eighth book of Madrigals.

For the present program we decided to present an overview of the madrigal production in the first thirty years of the seventeenth century.
All the music is still unknown to the public and not yet recorded (except for Monteverdi).
The flourishing madrigal period ended with the great plague of 1630, when both Grandi and Obizzi died. In the following years madrigals were still composed (Pesenti’s publication is an example of that) although with lesser results: new forms would have soon taken over.

Several of the authors in this program are known for their sacred production (Rovetta, Grandi), whereas some others (like Marini) were active in all genres. We will span from Grandi’s madrigals (he was the vice-music director at St. Mark’s during Monteverdi’s time) to the works of Domenico Obizzi (a promising young composer who died at the age of 18 during the plague); from Martino Pesenti (who was blind and therefore could not perform in public) to Rovetta, Valentini, and Marini. This journey will unfold the marvels of this “dolce stagione” (sweet season): the madrigal’s swan song.
The program ends with Monteverdi, who brought the madrigal to its apex, never to be reached again.